This week’s extreme weather tested the state’s shelter system for the homeless.

Over the past few years, the Agency of Human Services has been moving away from putting up homeless people in motels during the coldest nights of the year.

And since 2015, the state has spent about $2.5 million supporting community-run shelters, which offer more services than motel rooms, and which are supposed to be cheaper in the long run.

Brooke Jenkins is the director of Vermont’s newest state-sponsored emergency warming shelter in Montpelier, just a few blocks from the state Capitol.

Jenkins says the Legislature targeted central Vermont this year because the shelters in nearby Barre were routinely filling up. 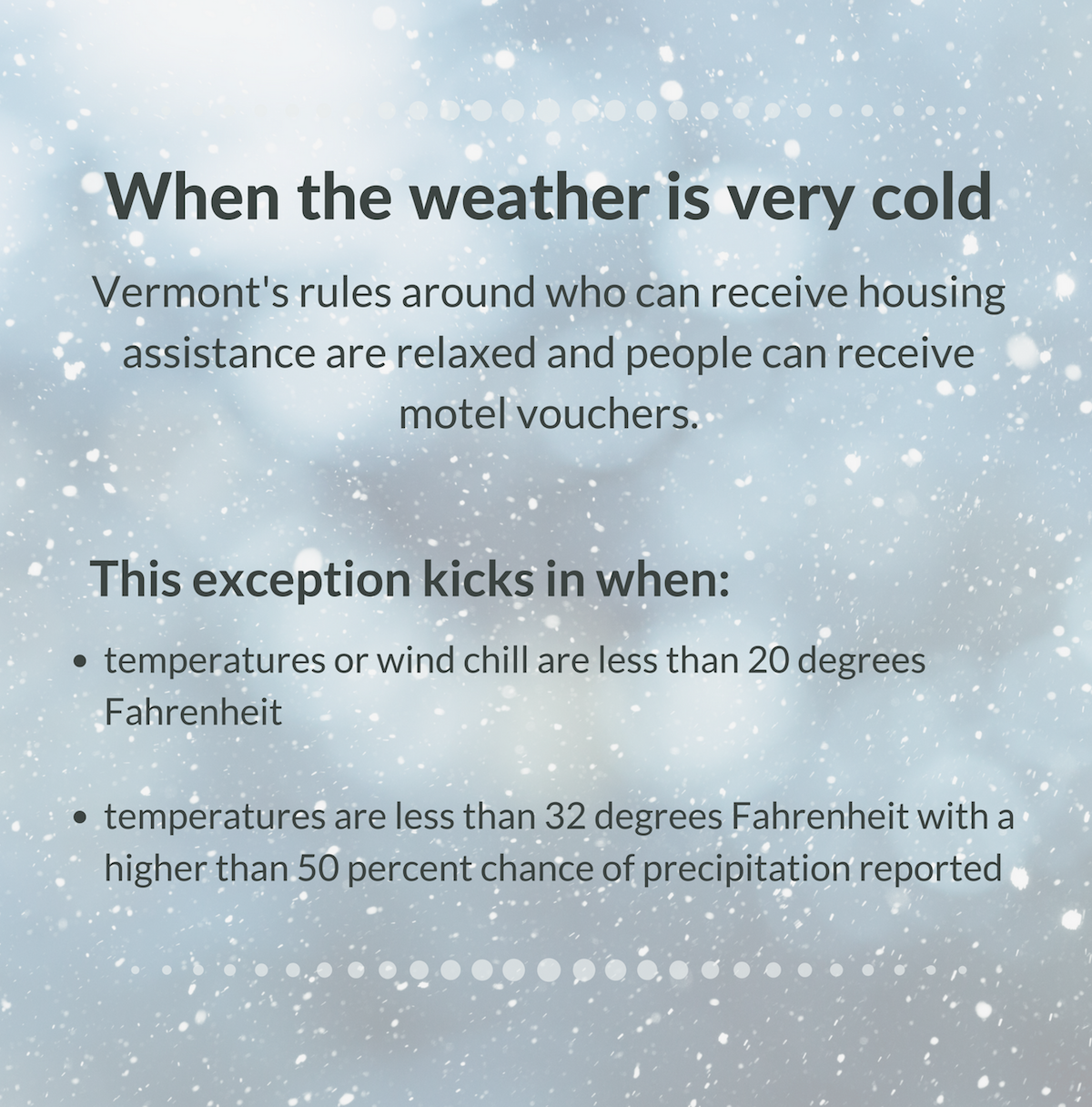 When this shelter opened in late November only a few people used the space but as the arctic blast hit New England last week, Jenkins said she expected more people at the shelter.

After the doors open each night at 8 p.m., the people walk over to their totes, which hold blankets and some personal belongings.

Men and women can stay here, and they carry their stuff into a large room and set up their own cot for the night. 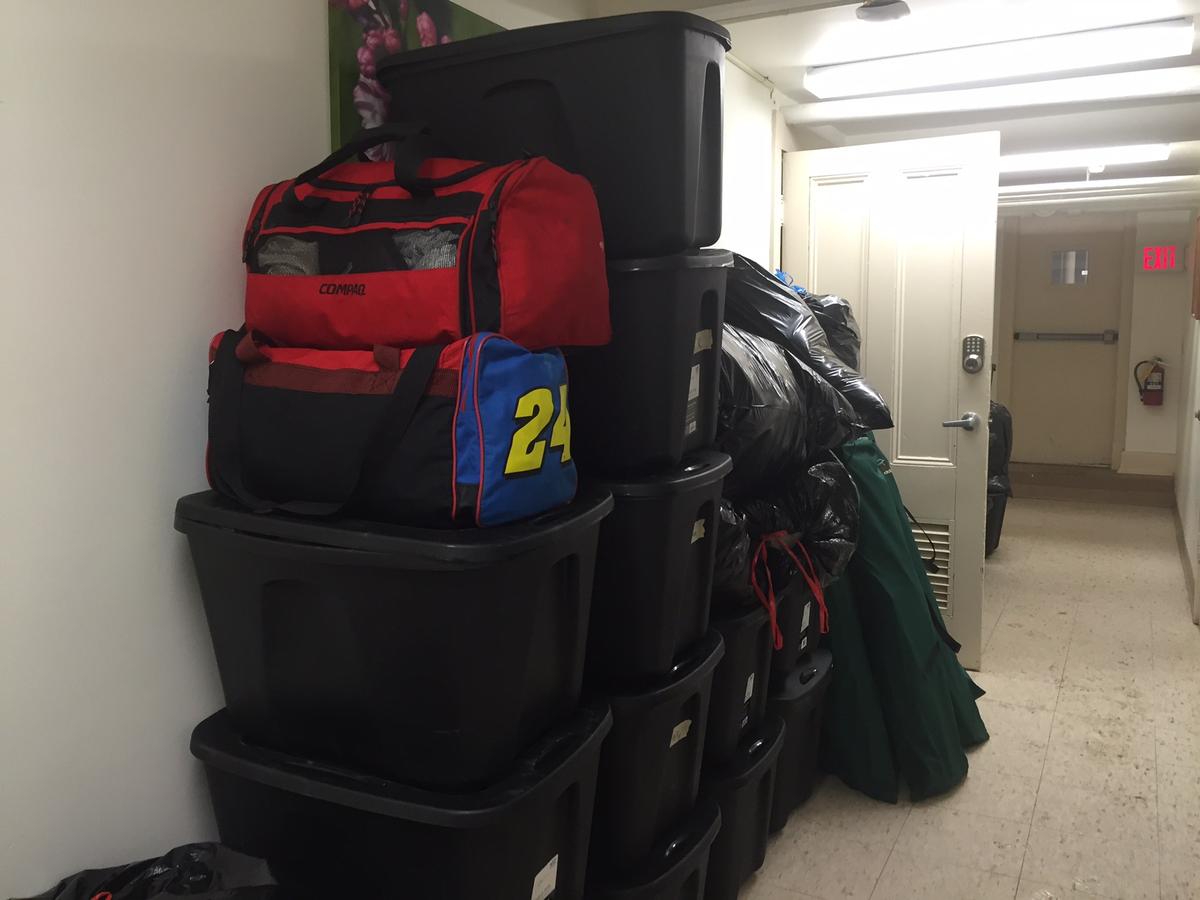 Stacks of blankets and personal belongings are stored during the day at Montpelier’s Bethany Church, where the new Good Samaritan Haven shelter is located.
CREDIT HOWARD WEISS-TISMAN / VPR

Keron Asencio says he has been homeless on-and-off for about two years, and he had his bed wedged in between two stacks of metal chairs.

He says he likes the extra privacy, and he’s not sure where he’d be tonight if the Montpelier shelter wasn’t open.

“I would be probably under a bridge or like trying to crash on a friend’s couch, or doing my part to find a place to stay somewhere else,” he says. “I’ve been outside all the time. Before this place opened up on Nov. 15, I was staying outside most of the time.”

Asenscio says he appreciates the space, and the safety, but there’s something more about opening a homeless shelter like this in a downtown area.

“[N]obody is going to need to sleep outside tonight. Anybody who wants to come in, can come in.” — Brooke Jenkins, director Good Samaritan Haven Shelter

It’s been almost three years since the state’s made this shift away from spending money on motel rooms and investing in emergency winter shelters.

This winter there are seven other emergency winter shelters open in Vermont, in:

Department for Children and Families deputy commissioner Sean Brown administers the homeless shelter programs, and he says the state’s investment in shelters has increased each year since 2015.

“Our push has been over the last several years is to try to move away from motels as the first level of service for homeless Vermonters,” Brown says. “And in each area of the state that looks a little different.”

Brown says it’s been challenging in some communities to find the right balance between investing in shelters that are big enough to meet the need, but not too large so as to squander precious state dollars.

“We’re we’re always assessing the program at the end of each season,” he says. “We ask if it’s the right size, or if it can be a little bigger or is we should shrink it. Those are questions we’re always asking and analyzing while we work with our partners.”

And Brown says it’s still way too early to know how this year’s statewide system will shake out.

This cold snap is expected to last into the new year, and he says there’s no way to know what the rest of the winter will bring.